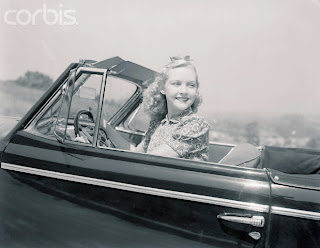 I know my titles are really lame but I can't help myself! Anyway...

In September, along with the National Day celebrations, a fashion show is being held at the InterContinental Muscat to showcase Omani fashion from the last 40 years. According to the organisers everyone involved is Omani, including the models and the designers. It is also intended to highlight the progression and achievements of Omani women since the reign of the Sultan. I am always excited about anything which demonstrates the great contributions women can make, and have made, to society. This is particularly significant in Oman where women have made incredible progress in a fairly short period. It also serves as a testament to how much effort the Sultan and his government have made towards the advancement of women.

Good news also, that after the show they will be auctioning the designs. It's definitely going to be a fun event for fashion enthusiasts and those interested in Omani culture as well.

Last night I was watching the Salalah Khareef Festival Opening Ceremony on TV. What a great experience! I have to say that it didn't quite have the militant precision of say, the Chinese Olympic Opening Ceremony (understatement) but it was great entertainment value nonetheless. Lots of colours, music, shiny costumes, strange stage props and A LOT of make-up! (I shan't comment too much on the obvious lip-syncing). I feel it was a little bit chaotic but it did look like fun. I must buy a ticket next year : )
Posted by Victoria is my name, PR is my game! at 3:37 AM No comments:

I was reading an article in The Week about childhood obesity. It's a popular and current topic in the UK, where the government are heading all sorts of campaigns to prevent and remedy it. It's important for it to be addressed here in Oman too, which is why I liked the article (although I was a bit shocked that they used the term 'little roly poly' to describe an obese child). It is true that lifestyle is a big factor. We are no longer in an age where most people's livelihoods are made through physical labour. Things are particularly relaxed in Oman where so many families have maids and children aren't expected to help a great deal around the house, particularly boys (I'm generalising here so no offense intended). Put it this way, I don't see many fat maids. Diet is also an obvious factor and a lot of that could be dealt with by educating people about nutrition.
Also, from what I've heard I don't think sport is greatly encouraged as an activity, especially for girls. This is such a shame, I think it's important for every child to be encouraged to participate in some type of energetic extra-curricular activity, whether its football or dance or just walking. Exercise is not only good for your physical health but is also a great tool for de-stressing, confidence building, co-ordination and social interaction.
What is perhaps not pushed enough is that so many health problems are related to obesity, which can have really damaging effects in later life. And once a person becomes overweight it becomes harder to get back to good health. Getting your body accustomed to healthy eating and exercise from a young age will set you up for later, when you will need it most.
Posted by Victoria is my name, PR is my game! at 10:23 PM 2 comments:

The Queen is coming to town! 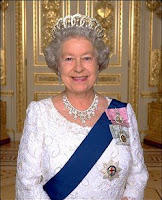 Although I'm not usually particularly interested in the affairs of the British Royal Family, this one is quite exciting...the Queen is coming to Oman, on invitation from HM Sultan Qaboos. She'll be coming as part of a celebration to mark the 40th anniversary of the Sultan's reign. She will be accompanied by the Duke of Edinburgh (AKA her husband) and it will be their first visit for 30 years. I'm sure they'll be quite surprised at how much the country has changed since then.
Posted by Victoria is my name, PR is my game! at 3:38 AM 8 comments:

An article in the Times supplement last week called, 'Are girls' brains wired differently from boys'?' really caught my interest and made me want to revisit my thoughts on the great male/female divide. The subject is of greater interest to me now, since moving to Oman from England, and experiencing two such contrasting societies.
The distinction between the behaviour and treatment of males and females, and gender in general, is a current and popular topic in England, although I'm not sure it is such in Oman. There is of course the famous nature versus nurture debate; whether we adopt certain gender-specific roles because we are wired that way, or because we are trained to from birth. The article doesn't really come to a specific conclusion. It basically claims that although boys and girls appear to yield to gender stereotypes very early, which tends towards the 'nature' argument, it may just be that society immediately encourages the behaviour without even being aware of it. 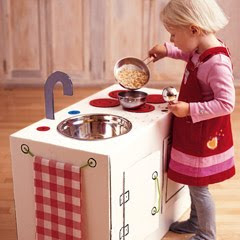 In England for example, women for years have been trying to reverse stereotypical female roles and win equal rights which have universally been denied women. Unfortunately there has been some sort of mix-up between the two issues and women's attempts to secure equality has just resulted in women imitating men's bad habits. The point they're missing is that equal rights are fundamental, but identical behaviour/ treatment isn't. In fact, the loss in value of traditional roles is being rethought as detrimental and the family structure is undergoing a bit of a crisis. This change has been considered to have some connection with the deterioration of children's behaviour, success in education, marriage and divorce rates and crime.

Even drawing the conclusion that behaviour is influenced more by nurture than nature isn't a bad thing. It is important for girl's to be taught nurturing qualities because they will use these skills as mothers. Just as, idealistically speaking, men will use their protective skills as husbands and fathers.

However, this isn't set in stone and it is not nice when things are forced. Some people may find the freedom to interchange roles beneficial and are able to in a society where people choose their partners based on mutual interests and attitudes. It is more difficult in a society such as in Oman, where arranged marriages are the norm. This is because not knowing the intimate details of a future partner's personality and their desires, parties can only assume that traditional roles and attitudes will be fulfilled according to what is expected by society. This in turn compels girls and boys to observe the norm in order to be sure of securing a future marriage.
Moving from family to professional roles (which is maybe a subject for another day), it is clear that women are more than capable of taking on roles that have been traditionally thought of as men's and it is a great loss to a society who denies this. I am happy that Oman is not one of these societies and at least officially, women are encouraged to seek success in whichever field they like.
Posted by Victoria is my name, PR is my game! at 3:07 AM 2 comments: